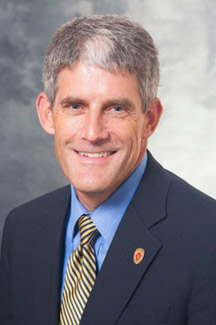 Berbee Information Networks Corp. history is a story like many computer companies that arose over the last 30 years where innovation and reliance on computer systems exploded. James Berbee started Berbee in 1993 in Madison, WI providing networking skills and custom client/server programs to businesses. Business expanded and Berbee opened a Milwaukee office. With continued expansion of business, ground breaking on a new 40,000 square foot headquarters in 1997 was begun in Fitchburg. A 7,700 square foot bunker was added in 1999 to house Berbee’s first data center. After a rocky start in the new millennium, Berbee opened branches in Detroit and in Carmel, IN and had 350 employees in eight offices in 2003.

As with successful computer companies, Berbee bought Network Engineering Associates, a Wausau computer networking and operations company, in 2004. They also bought Foresight Technology Group in Cleveland that same year and to raise money they had a private stock offering.

In 2005 Berbee purchased Strategies & Solutions, an Appleton information technology sales and consulting firm. At this time James Berbee stepped back from running the company but remained as the board chairman. On September 18, 2006, after accumulating several companies, Berbee was itself acquired by CDW Corp.

After acquiring Berbee, CDW doubled the space in Fitchburg with a new 70,000 square foot addition that doubled the power and cooling capability over the existing facility. This provided the means to develop a more robust and resilient hosting platform.

CDW was started in 1984 as MPK Computing by Michael Krasny. The idea was developed when Krasny paid for a small ad to sell his computer and printer. The company grew and changed its name to Computer Discount Warehouse and then to CDW. The company spent the first decade growing as a computer supply company and providing help in setting up computers for their customers. As they grew to a billion dollar in sales, they established their headquarters in Vernon, Hills, IL in 1997. With continued growth, expansion of services and acquisitions, CDW in 2019 was ranked 191 on the Fortune 500.

Although the name Berbee has been replaced by CDW, there is one thing that has retained the name Berbee.  The founder Jim Berbee was an avid runner and after reading about the many 5K and 10K races on Thanksgiving Day, he thought Madison would welcome a similar set of races where the proceeds would go to help promote the use of technology in classrooms and non-profit organizations. The Technology Education Foundation (TEF) was set up to administer granting the funds. This race, known as the Berbee Derby, has routes on Fitchburg streets around the CDW building. It continues to be a well attended event and as of 2018 has raised over $1.6 million.