Fitchburg has a long history of providing quality education for its children beginning with the opening of twelve one room schools in the mid 1800’s. Located within walking distance of the students’ homes and providing a community center for each neighborhood, these schools were a cherished part of the predominantly farming culture that permeated Fitchburg until the middle of the 20th century. The one room schools educated students from first through eighth grade with one teacher responsible for covering the entire curriculum for all ages.   The era of the one room schools in Fitchburg reached its culmination in the mid 1960s when remaining rural schools of Fitchburg were consolidated into the larger school districts of Madison, Verona, and Oregon with students bused to school. (see map at bottom).

The first schoolhouse at this site burned about 1910. The new school was used by Fitchburg until 1952 when the district consolidated with the Oregon School District. At that time Oregon used the building as a classroom for the first and second grades. In the late 1950s the building was sold and converted into a private residence. Read more 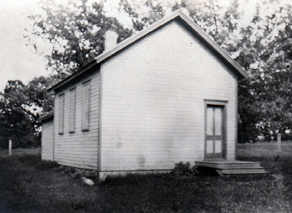 The first Swan Creek School was built in 1859 one quarter mile south of this location. Marian Fox was the first teacher. This district was jointly run by Fitchburg and Dunn. A new structure was built at this site in 1889. After 1925 the school was moved to Irish Lane and converted to a private residence. Read more 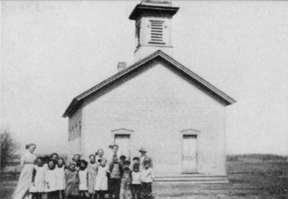 By 1858 a one-room school called District 3 was built in the south central part of the Town of Madison and run jointly by Fitchburg and the Town of Madison. Construction of a new school house was begun in 1871 and the old school was sold. This school was called Bryant after the clerk of the district. A two-room school was built in 1914 and called Silver Spring School after the exceptionally pure spring on Bryant’s land and the source of the water for the Silver Spring Water and Bottling Company. This school alternated between a one and a two-room school. In 1955 the final Silver Spring School was built that included three classrooms and a gym. In 1961 Madison took control of the school ending Fitchburg’s role in District 3 after 101 years. The school closed in 1970. Read more

The district’s first school house, a brick structure, collapsed in a wind storm. In 1884 a wooden building was erected near the NW corner of C.T.H.M and Fish Hatchery Road. In 1949 that building was moved to Oregon and used to help relieve crowding in the consolidated schools. Read more

From 1848-1858 children were taught in a log structure owned by the Sanford family. A regular schoolhouse was built in 1858. The new school was named for the eastward view to Lake Waubesa. It was built next to the Gett’s Inn, a popular stage coach stop. Read more

The original school in this area was called the Helm’s School. It burned and a new school was built at the NE corner of Fish Hatchery and Whalen Road. That building was replaced by the present structure in 1923. This building was converted to a private residence in 1964. Read more

In October of 1850 a 20 foot by 28 foot school was erected at this site for $265. It’s name honored the first white settler in the area, John Stoner. The original schoolhouse was replaced in 1927 by a 32 foot square building for the cost of $7000. This structure was converted to a private residence in 1965. Read more 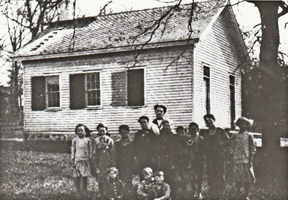 The first school was a log building north of present C.T.H. M and west of Highway 14. The name was derived from the view south and southwest of the site. When the second frame building ceased to be used as a school it was sold and moved east, just off C.T.H. MM and converted to a private residence. Read more

Originally near the NW corner of Fish Hatchery and Lacy Roads, the Dogtown School, so named because dogs visited the local butcher who threw out unwanted bones, was later relocated ½ mile north and called the Fish Hatchery School. In 1919 a new building was built. This building burned in 1937. A third building was constructed after the fire. In 1989 the original school building was moved to 5443 Whalen Road and restored by the Gorman family. Read more 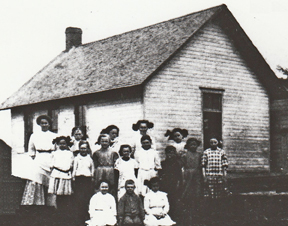 The original school was authorized in 1857. The current brick structure was built in 1927. After consolidation, it was used by the Verona Area School District for classes. Fitchburg purchased it from the VASD when it was no longer used as a school. The building was subsequently sold and enlarged. Read more

The school was given its name from the many maple trees planted in the vicinity in 1881. Most of the trees were lost when C.T.H. M was widened. The cement block addition was built in 1955 and contained a furnace and indoor plumbing. Read more

Present Day Schools located in or near Fitchburg

Today Fitchburg has four schools within or near its boundaries educating elementary and middle school students.   The Verona Area School District’s elementary school in Fitchburg, Stoner Prairie, opened its doors in 1988. The school takes its name from the first European landowner in Fitchburg, John Stoner, whose farm was located on Seminole Hwy near the school named after him. Verona Area School District’s second school in Fitchburg, Savanna Oaks Middle School, is adjacent to Stoner Prairie Elementary and opened in the fall of 1996. Aldo Leopold Elementary School is in the Madison School District that serves Fitchburg and is just outside of the Fitchburg City limits. Eagle is an independent school dedicated to serving the educational needs of gifted and talented children in the greater Madison area.

*Additional information on the Fitchburg schools can be obtained by requesting an appointment to access the Fitchburg Historical Society archives, Fitchburg Public Library. 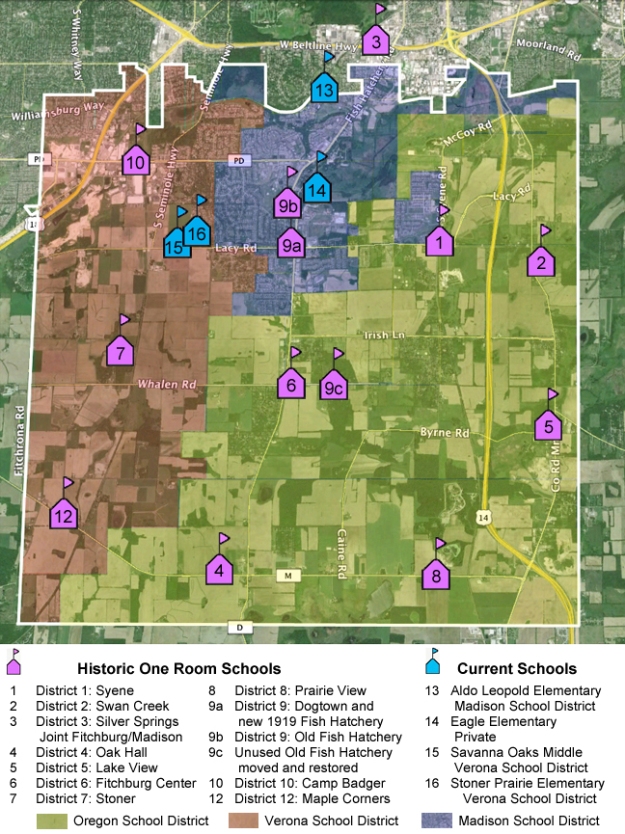