The District 6 early history is not well known but it is likely the first school in the district was the Helms School that was established in the 1860s. This school was probably named after the owner of the land on the southwest corner of Fish Hatchery and Whalen Roads. The school burned down and a new school was built on the northeast corner of Fish Hatchery and Whalen Roads. As this location was approximately in the middle of the Fitchburg township, the school became known as the Fitchburg Center School.

In setting a timeline, the Helms School was likely established after 1861 as the 1861 plat map does not show a school in this area. The 1873 plat map shows a school on the northeast corner of Fish Hatchery and Whalen Roads so it is likely the second school was built before 1873. In 1923, a new school was built on the same site. This school was used until 1962 when Districts 6 and 9 (Fish Hatchery School) closed and consolidated with the Oregon School system under a mandate from the state. 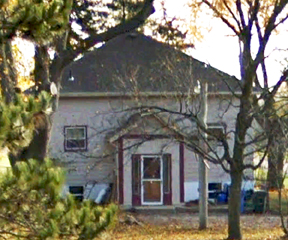 The Fitchburg Center School was sold and converted to a home. This ended the one-room Fitchburg schools in the south and northeast sections of Fitchburg. The remaining 3 one-room schools on the west side of Fitchburg would consolidate with the Verona school system in 1965 and leave Fitchburg without its own school system.

While an academic curriculum was an important part of school, music was also considered important enough to have a music teacher that could be shared among the different school districts. Fannie Steve was not only a music teacher, she also had a radio program and brought students to her studio to record their music.

Parents also played an important part in the education of their children. Beside ensuring that their children did their homework, mothers formed Mother Clubs to give support to the teachers and to help organize and monitor outings. The children enjoyed going to other schools to compete in games such as 3 legged races. The last Mother Club members were Kate (Keeley) Fahey, Josie Gorman, Hazel (Heins) Caine, (sitting) Lucille (Whalen) Fahey, Miss Schiedegger

In 2001, the Fitchburg Historical Society in conjunction with the City of Fitchburg erected an historical marker at the site of the 1923 school.