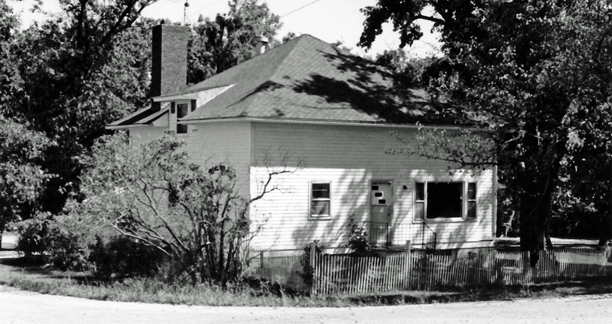 Fitchburg sixty years ago offered a very different educational experience for elementary school children than today where they are in large centralized school systems. In the 1950’s one room schools dotted the Fitchburg countryside. These schools were used by the local children, most of whom lived on nearby dairy farms. Students ranged from 1st to 8th grade and occupied the same room and shared one teacher. The number of students varied depending on the population of the community but 20 to 25 students was common.   I attended Stoner School (District No. 7) from first to eighth grade during this time. The school building still stands, now as a private residence, at the intersection of Grandview, Fitchburg, and Vroman Roads near S. Seminole Hwy. The photograph above was taken after converting the building from a school to a home in 1965 and before more recent additions. This school building replaced the original school building in 1927. 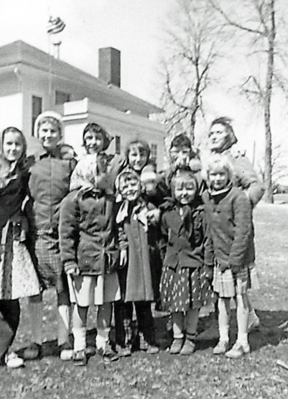 One of the highlights of the year in our one room school was the annual Christmas program. All the children as well as the adults in the community looked forward to this event as a way to come together and celebrate the holiday season.

The Christmas program was held at the school on the last day before Christmas vacation. But preparation began long before that. The teacher would pick out plays and assign roles in them to the older children while the younger children were given short recitation pieces to memorize and give as individuals at the program. Christmas hymns would be chosen by our music teacher who came once a week and were practiced by the whole student body to sing together.

Invitations to the program were made out of construction paper and addressed by the children to their parents, grandparents and everyone else in the community. Creating the invitations added to the excitement and anticipation of the evening to come.

Rehearsals were held every afternoon in December. That was our curriculum. Our desks would be pushed back against the walls, the huge fabric curtain would be taken out of storage and hung up in the front of the room so that staging could be done behind the curtain between acts. The role of curtain puller was a prized position. We loved getting to take all the time off of our usual classes. In retrospect, the teacher must have felt a lot of pressure to produce a program for the entire community.

Meantime, the parents were also busy. Our mothers prepared popcorn balls and wrapped them in green and red paper as well as bags of candy, all of which would be provided to Santa Claus for his appearance at the end of the program. Santa needed to be carefully chosen too. None of the children were aware of it, but the Santa suit was hidden away in some closet until it was taken out each year for the person volunteered to play the part, usually a friend or relative of one of the families. One year my uncle played Santa much to my surprise because it was always a secret from the children old enough to know that Santa was not a real person. Our parents also provided us with a Christmas tree that was put in our classroom and decorated by us with homemade ornaments. We thought it was about the best tree there was.

When the big night arrived, wooden folding chairs were brought up from the basement of the school and placed in the classroom for seating. Our desks were stacked on top of one another and pushed out of the way into every nook and cranny.  All of us children had butterflies in our stomachs from nervousness and excitement. Would we remember our lines? Would our parents be proud of us? Usually, there were a few glitches, but we thought we did a grand job. Our audience laughed at the right times and applauded heartily in appreciation for our amateur acting efforts. We had such fun! The student body ended the program each year with leading the audience in singing “Silent Night”.

And then Santa appeared to hand out goodies from his bag and gifts from under the Christmas tree. Earlier in December, the students had drawn names for a gift exchange. It was very important to keep secret whose name you had drawn. All December at school we would quiz each other to try and find out who had our name. Santa handed out these gifts from under the Christmas tree and all the secrets were revealed to shouts of joy and surprise as the gifts were opened.

What could be better than the program being followed by a shared time for all in attendance of eating and socializing in the basement of the school. The folded wooden chairs were taken down from the classroom and moved to the basement for seating at the tables where a potluck meal was served. We kids glowed in the success of the Christmas program little realizing that it took a whole village to pull it together and make it happen. How fortunate we were in the 1950’s to live in a little rural community in Fitchburg that offered us so much support and left fond memories with us forever.