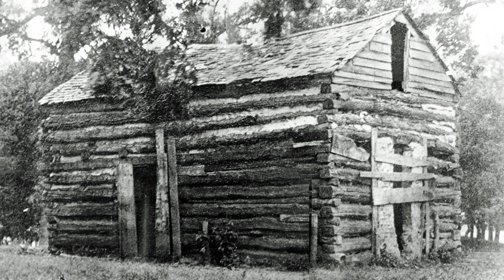 By an act of the Territorial Legislature, approved February 2, 1846, a town was created to include Townships 5 and 6 north, of Range 9 east, also Township 6 north, of Range 10 east. The town thus constituted was called Rome, and included the present towns of Oregon, Fitchburg and Dunn.   By an act of the Territorial Legislature, approved February 11, 1847, Township 6 north, of Ranges 10 and 11 east, were constituted a separate town called Rome, while Township 6 north, of Range 9 east (the present Fitchburg), was erected into a town by itself and called Greenfield, the name, however, by an act of April 2, 1853, being changed to Fitchburg. When Rome was erected, in 1846, the first town meeting was held at the house of William Quivey, within the present limits of Fitchburg; so, also, when Greenfield was erected, in 1847, the first election was held at the same place. At this election, in April, the following officers were elected: Joseph Vroman, Chairman ; Stephen Varnol and George L. Dike, Supervisors; William H. Fox, Treasurer; Isaac Eaton, Assessor. The house of Mr. Quivey, where the election was held, was situated one-half mile south of what is now called Oak Hall. The town was continued to be called Greenfield for six years after its organization, when, as already mentioned, it was changed to Fitchburg. The first settlers came in 1839, and were William Vroman, George Vroman and Joseph Vroman. Following these were William Quivey, Rev. William Fox, Dr. William H. Fox, George Fox, James Fox, Joseph Fox, Rev. Matthew Fox, William True, John and George Keenan, John Watkins, Charles Watkins, Frank Nott, and P. Pritchard. In 1842, there were but three families in the town. William Quivey kept the post office and hotel. In the spring of 1843, George Keenan, John Keenan, William H. Fox and George Fox commenced breaking and improving their farms.   The nearest blacksmith-shop was at Madison. Grist-mills were thirty-five and forty miles distant, at Columbus, Beloit and Ridgeway. In 1837, the first farm in the town was opened by John Stoner, on Section 17. The first reaping-machine in the town was owned by Joseph Vroman.   Mrs. George Keenan, after spending part of the day at George Fox’s, one and a half miles distant from her own home, started to return in the afternoon, with her child in her arms. When within one-half mile from her home, she was confronted by a large, full-grown bear. Fearing to turn out in the tall prairie grass lest she should trip and fall, she advanced toward the bear. He also refused to leave the path, but raised himself, placing his paws over Mrs. Keenan’s neck. She held the baby with her left arm, and, with the right, struck the bear a full blow on the side of the head, tearing away from him at the same time. She then took off her sun bonnet and threw it in the path. This the bear stopped to examine, and, while smelling and admiring it she got a fair start ahead of the bear. But bruin overtook her, and raised for a second charge. Mrs. Keenan turned and faced him, when, with a savage growl, he caught her, placing one paw on the baby. As before, she struck him and sprang back, trying to release her child; but the bear held on and did not loosen his hold till he had torn off the child’s cloak, which he stopped to give a thorough shaking, when Mrs. Keenan, with her child, gained the house, just in time to avoid another attack. The next morning the whole neighborhood turned out with guns to find the bear, but were unsuccessful.   The town of Fitchburg is adjoining the town of Madison on the south, and is watered by two small streams that rise in the central part. One, known as Spring Creek, flows northeasterly and finds an outlet at Lake Waubesa. On these streams are found excellent marsh or meadow land. The land in the town, for the most part, is of the best quality, possessing a pleasing and desirable variety of prairie, timber, water and meadow, which is so necessary to render any country desirable for agricultural purposes.   The present population of the town is 988. In the town there are four post offices: Syene, Stoner’s Prairie, Lakeview and Fitchburg. The town is drained by Penora Creek, which rises in Section 23, flowing northeast through Lakeview, and empties into Lake Waubesa; Swan Creek, which has two branches, one in the east part of Section 14, which flows northeast and meets one from the cast part of Section 11, the two, combining in Section 13, flow in a southeasterly direction and empty into Lake Waubesa; Nine Springs Creek, which rises in Section 3, at the State Fish-Hatching House, and flows northeast, through Sections 2 and 1, emptying into the north end of Lake Waubesa.   The Chicago & North-Western Railway runs north and south through the eastern part of the town, passing through Sections 2, 11, 14, 23, 26 and 35, the only station in the town being at Syene.   There are four villages: Syene, located in the southeast quarter of Section 11, on the Chicago & North-Western Railway; Fitchburg, located near the center of Section 33; Lakeview, situated in the southeast quarter of Section 24, and Stoner’s Prairie, located on the northern boundary of Section 30. None of these villages have ever been platted.   The State Fish-Hatching House is located on Section 3, at the Nine Springs, about one mile and a half in a northwest direction from Syene.