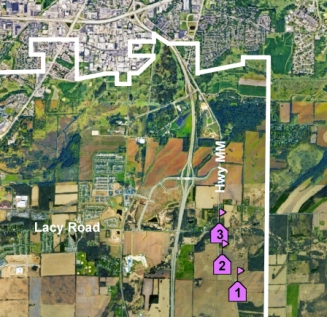 The Swan Creek School district (named after the Swan Creek that ran from west to east in this area) was organized on November 17, 1855. A temporary school building was built on land owned by J. B. Hart (#1 on map). In 1859, a permanent school measuring 18 x 22 feet was built at a cost of $250. This building was located on the Eli Gill farm at the north bend of the Janesville road now called Highway MM (#2 on map). The Rev. Matthew Fox’s daughter, Miss Marian Fox, was selected to teach for a 3-month term for $2.50 a week. She had 17 students.

Eight years later in 1868, the neighboring Lalor-Tipple District in Dunn was overcrowded and needed a new school house. To save money the district sent half their students to the Swan Creek school and formed the Waubesa Beach School district for the other half of the students. The Swan Creek School district was designated Joint District No. 2. The teacher at this time was Martha McWatty. 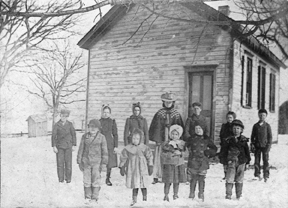 In 1889, a new Swan Creek school was built just south of the Methodist Church on land owned by James Terwilliger (#3 on map). Today, this location is on the east side of Highway MM about 100 feet south of Haight-Farm Road (formally Lacy Road). The school was used until 1925 when the Department of Public Instruction ordered the school closed and the students transported to another district.  The people voted to transport their students to the Oregon school. Like other one-room schools, the building served not only as a school but as a gathering place for social activities. 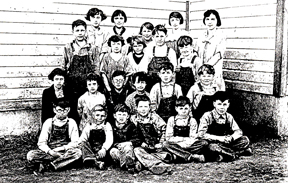 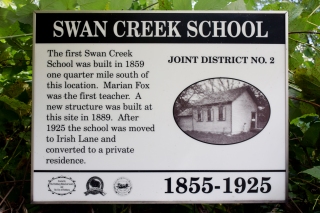 In 2001, the Fitchburg Historical Society in conjunction with the City of Fitchburg erected an historical marker at the site of the 1889 school on Highway MM.