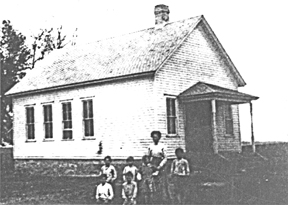 There is very little available early history on Syene School. The school was said to be established about 1850 with one report stating it was the first school in Fitchburg. This would put the establishment of the school in the late 1840s which would be consistent with it being designated District No. 1. The 1861 plat map indicates that the school was located on the southeast corner of the intersection of Lacy and Syene roads. The 1873 and later plat maps place the school on the northeast corner. This would indicate that either the 1861 plate map is in error or there was a second school built before 1873. 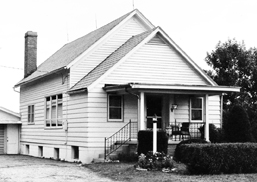 In 1864, the Chicago and North Western Railroad laid tracks just to the west of Syene School and built the Syene depot just north of the school. As this was a major train route, students must have been frequently disturbed from their studies when a train went by.

About 1910, the school burned down and was rebuilt on the same site. The school remained active until 1952 when the district consolidated with the Oregon School District. This consolidation added to the eventual demise of the one-room schools. To alleviate the crowding of the Oregon School system, the Syene school was used as a classroom for the first and second grades. By the late 1950s the school was sold and converted into a private residence. Although there were significant modifications during the conversion, it is easy to see the old school in the house.

Students were graded each week in a variety of subjects including their behavior and attendance (see report card). It was not unusual that students were frequently absent which was likely due to chores on the farm. Even in the lower grades, children were expected to read assigned books including the classic Peter Rabbit. Those that completed a list of ten books received a certificate. 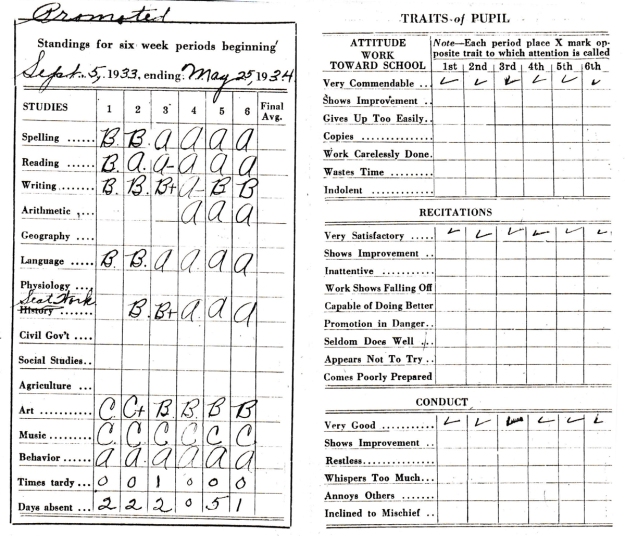 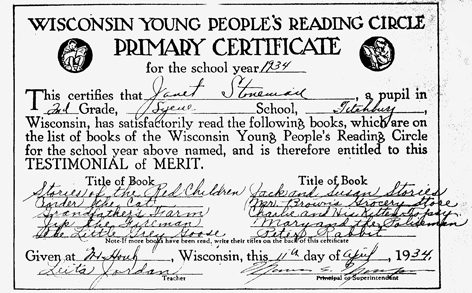 In 2001, the Fitchburg Historical Society in conjunction with the City of Fitchburg erected an historical marker at the site of the school. 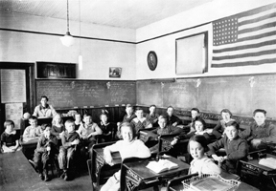 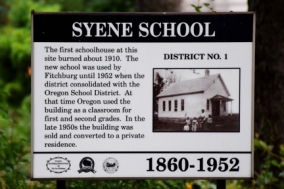