The Fitchburg Serenity Club (FSC) is a non-profit corporation for recovering alcoholics, addicts, and their families and friends who follow a 12-step program of recovery. They provide space for meetings, the opportunity for fellowship and endeavor to offer a safe, secure and positive environment for recovery. The early origins of FSC began with the formation of Alcoholics Anonymous (AA) in Akron, OH in 1935 by Bill Wilson. In 1939, AA published the 12-step program that is the central method of recovery from alcoholism.

The origins of FSC in Fitchburg go back to the 1970s and involve the history of the Fitchburg school system. Between 1848 and 1860, Fitchburg had set up 12 one-room school districts including the Camp Badger school located on McKee road. In the 1960s the state of Wisconsin effectively eliminated one-room school districts. The Town of Fitchburg sold the brick Camp Badger school building, built in 1927 to replace a wood structure, to the Verona Area School district for class room space. The Town of Fitchburg bought back the building in 1975 and rented it out for parties, reunions and storage space.

On November 1, 1977, the day after a Halloween party at the Camp Badger building, Ollie L. and Andy S. held their first AA meeting at the building. The fact that there were many empty beer and spirits bottles left around the building was not helpful. By late 1978 more recovering men and women came to the AA meetings. Unfortunately, sometimes during their meetings there was a reunion in the backyard that had kegs of beer.  With this in mind, in December 1980 they had a meeting to plan a formal clubhouse and selected Alano as the clubhouse name. In January 1981, they changed the name to Fitchburg Serenity Club and submitted articles of Incorporation. Dues were set on a sliding scale although people could attend without being a member. 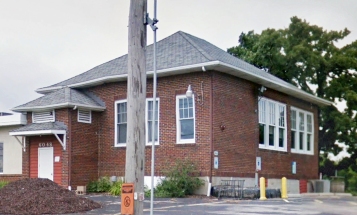 In April 1981, Al-Anon began meeting at the Serenity Club (Camp Badger building). To gain more control over meeting schedules the Serenity Club entered into a formal lease agreement with the Town of Fitchburg and by December 1981 Al-Anon expressed interest in joining the Serenity Club. Due to the poor condition of the building AA and Al-Anon decided to fix up the building by painting the walls, sanding the wood floors and dividing the basement into more meeting rooms. In 1982, membership in the Serenity Club reaches 62 with over 40 meetings being held each week. In September, 1983 Adult Children of Alcoholics meetings are approved.

As membership and attendance continued to increase, a long-term lease was sought from the City of Fitchburg. However, in 1984 Fitchburg decided to sell the building. Fortunately for FSC the 3 bids were too low. This process was repeated in 1985 with the same result. Narcotics Anonymous meetings were approved by the FSC but by February, 1986, the board decided to limit meeting space to AA and Al-Anon due to space limitations.

Finally, in October, 1991, Fitchburg agreed to accept $50,000 as full payment for the clubhouse property. By owning the property, the FSC was able to secure a loan to add to the old Camp Badger building with plans to start the addition in 1992. By 2019, there were over 80 meetings a week for AA, Al-Anon, ACA, COSA, GA, RCA, OA, CODA, SAA, NA and also AA in Spanish.