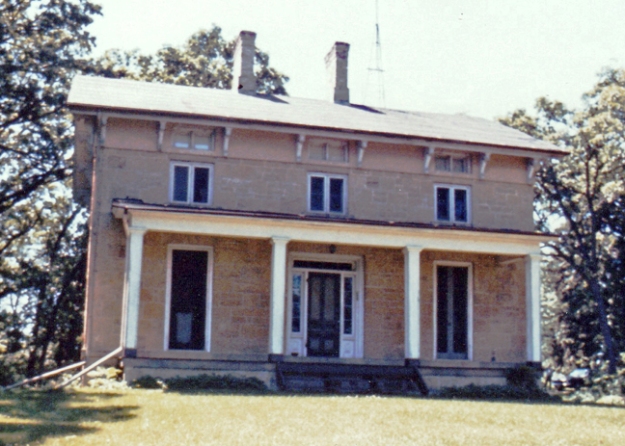 George Fox built Fox Hall in 1856. He and seven of his brothers and sisters were early settlers of Fitchburg, arriving from Ireland in the 1840’s. The Fox farmsteads in the vicinity of Oak Hall along County Hwy. M were known as the “Fox Settlement” and they maintained very successful stock farms specializing in purebred shorthorns and horses. Prior to construction of this house, George’s family inhabited a small log cabin for 13 years.

The house shows the influence of both Greek Revival and Italianate styles of architecture, and it is recognized as one of the best preserved examples of mid-19th century stone farmhouses in Dane Co. The limestone used in construction was hauled from a quarry off Caine Road. The lumber was shipped across Lake Michigan.

In addition to six generations of the Fox family who have lived in the house, the home has seen famous visitors. When Dr. Philip Fox (George’s son) used the house as summer residence, his close friend, Senator Robert LaFollette, Sr., often visited. Because the house was used as a summer residence for many years, it escaped major renovations and alterations, which has resulted in its well-preserved state.

*The text with minor editing has been taken from the Fitchburg Landmark Preservation Commission website with permission. http://www.fitchburgwi.gov/2156/Landmarks-Preservation