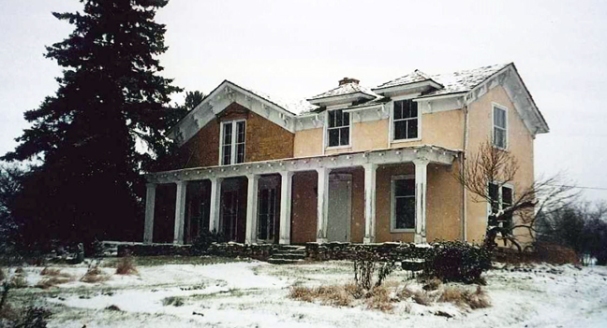 Built in the 1850’s, the Nott/Barry house is one of the older houses built in the City and is a sturdy remnant of the once thriving Oak Hall settlement area. Among the first settlers to the Oak Hall area in the 1840’s were Benjamin “Frank” Nott and his wife, Sarah Ann.

Construction began on the Nott’s fine stone house in 1856. This earliest portion of the house was influenced by both Greek Revival and Italianate building styles. A nearby Caine Road quarry provided the stone utilized in the building.

The property was later transferred to Garrett Barry, who married Catherine Fox of the Fox family settlement. Garrett and Catherine lived out their entire lives at this homestead. The house remained in Barry ownership for 105 years, until 1973 when it was sold to Bill and Betty Reddan. The new owners began restoration efforts.

*The photo and text with minor editing has been taken from the Fitchburg Landmark Preservation Commission website with permission. http://www.fitchburgwi.gov/2156/Landmarks-Preservation