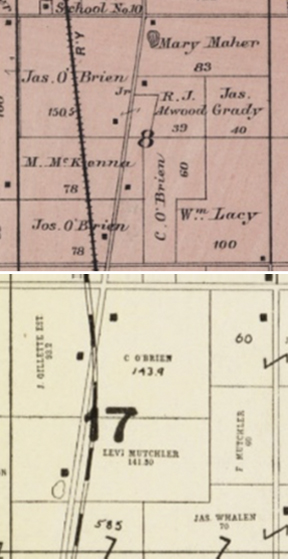 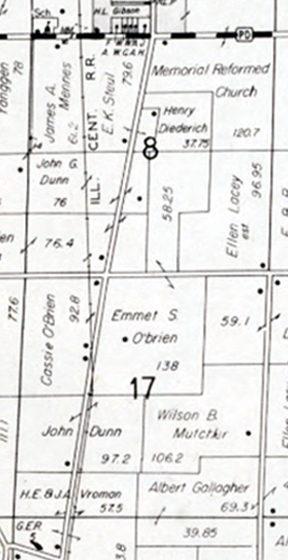 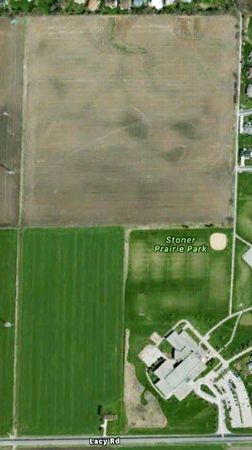 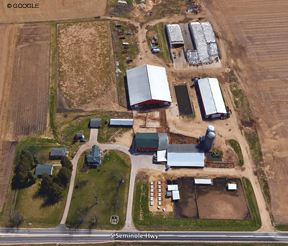 The O’Brien centennial farms consist of two parcels that are adjacent to each other. In 1884 Cornelius O’Brien purchased land located in the Northwest quarter and West half of the Southwest quarter of the SE quarter of section 8 (1890 and 1955 plat maps above top left and top right, respectively).   This land was registered as a centennial farm in 1998. A recent satellite image of the property (above left) shows the fields without buildings (the house on the lower Southeast corner is not part of the property).

Cornelius O’Brien purchased the second O’Brien centennial farm in 1899. This land is located in the West half of the NE quarter and the East half of the NW quarter (excluding the railroad and highway right of way) in section 17 (1904 and 1955 plat maps above lower left and right, respectively). The land was registered as a centennial farm in 2012. A recent satellite image shows the farm buildings at 2652 S. Seminole Highway.