The Centennial Farm program in the United States began in Pennsylvania in 1937. This was followed by Wisconsin and Michigan in 1948 and now has a program in 42 states. While differences exist between programs, all require a family to have owned a farm or ranch for 100 years, or in the case of the Sesquicentennial Farm, for 150 years. These awards in Wisconsin are to honor those families who have dedicated their life to Wisconsin farming for 100 or 150 years. 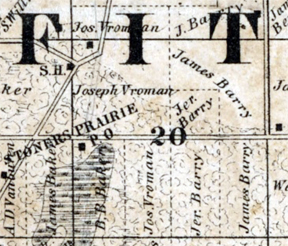 The Sesquicentennial Farms registered in Fitchburg can be traced back to two old farms. The farm originally settled by Joseph Vroman, located in the NW quarter and Eastern half of the SW quarter of section 20 and a southern portion of the SW quarter of section 17, is at the southern end of S. Seminole Highway (1861 (left) and 1955 (right) plat maps above). This farm was settled in 1839 and now has its farm buildings at 2387 S. Seminole Highway (old aerial photograph (above left).  Many of the old buildings can be identified in a current satellite image above right). The farm was registered as a centennial farm in 1948 and a sesquicentennial farm in 1998. 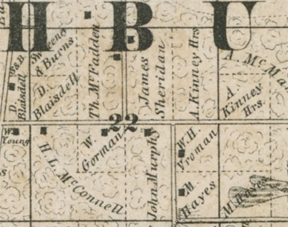 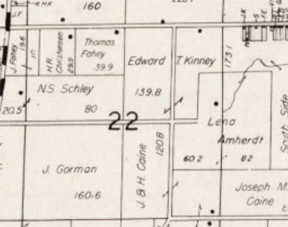 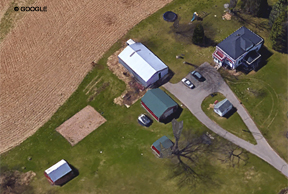