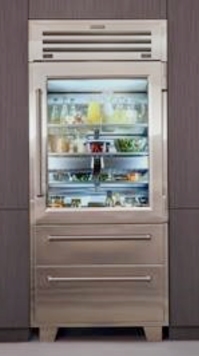 The idea of Sub-Zero began in the 1930s when Westye Bakke began experimenting with refrigeration in Madison, WI to find a better way to store his son’s insulin. In 1943, he built his first prototype freezer in his basement and on August 20, 1945 established Sub-Zero Freezer Company which introduced the first freezer for preserving food at ultra-low temperatures. Competing with many other refrigeration manufacturers, he distinguished his products based on high quality rather than low price. The Bakke family remains in control of Sub-Zero with Westye’s grandson the current president and CEO of the company.

Through the years Sub-Zero has been known for innovation and high quality. In the 1950s they pioneered a unit that had separate sealed refrigeration and freezer compartments. This was followed by building units that fit flush with cabinets. In the 1970s they developed high efficiency products that consumed less energy than a 75-watt incandescent light bulb. In the 1980s, while other refrigerator temperatures varied by several degrees, Sub-Zero developed units that stayed within 1 degree to provide superior food preservation. 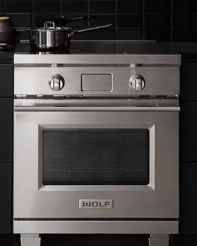 In 2000, Sub-Zero acquired the residential side of Wolf. Their product line increased to include high end refrigerators, ranges, ovens, cooktops and ventilation. In 2003, they introduce a dual fuel range with gas burners above and dual convection electric ovens below. To add to their kitchen appliances, Sub-Zero introduces its Cove brand dishwashers in 2018.

The Sub-Zero Group has three locations. The corporate headquarters is located at 4718 Hammersley Road, Madison, WI, the site of their original building, and includes finance, accounting, design engineering, corporate development lab and international distribution. The Fitchburg location contains manufacturing and engineering, customer service and sustainability. This campus also contains the Bakke Center which is used for events and product training. In 2019, a $70 million research and design facility will start to be built just south of their current campus. The phoenix area contains two facilities were products are made and replacement parts are available.