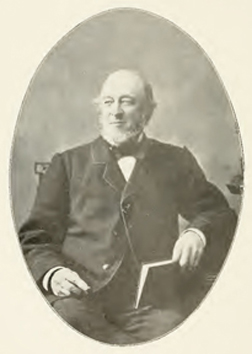 WILLlAM H. FOX, M. D., is a son of William Fox, of the family of O’Sionach (anglicized Fox)—his residence was in both Seffia and Kilconrcey, County Westmeath, Ireland, and the maiden name of his wife was Eleanor Lynn; their son, our subject, was born September, 1814, in Moate-a-Granough. County Westmeath, and received his early education there; came to America in 1833, and settled in Cleveland, Ohio, and in 1839 removed to Lima, La Grange Co., Ind., where he began the practice of medicine; in November, 1842, the Doctor came to Wisconsin, and, impressed with the natural beauty of the country south of Madison, entered his present farm at the Milwaukee Land Office; his large farm is on Sec.35, one and one half miles north of the thriving village of Oregon. In the spring of 1843, he settled and began making improvements here; the Doctor is among the veteran physicians of the State, and few of the pioneers enjoy so pleasant a home; the Doctor had the good taste to preserve intact a noble park of burr oaks, which with ornamental trees planted by him, surround his large and picturesque farmhouse sheltering in winter, and beautifying in summer. Dr. Pox was a member of the Constitutional Convention of 1847; though he has seen much of frontier life and its hardships, his sixty-six years sit lightly upon him, and his strong frame and fresh, healthful face are still seen in various parts of the county, whither his large practice leads him. The Doctor has several children by a now deceased wife, his son, Arthur Fox, being one of the live and progressive young stock-breeders of Wisconsin, he owning a farm adjoining that of his father.