The James Whalen house is an example of Queen Anne architecture, a late-Victorian era building style that is characterized by an irregular plan, often evident through asymmetrical walls. The houses typically include large porches or verandahs, have decorative patterns and may use a combination of building materials. The Whalen house was built in 1898, consistent with its popularity in Wisconsin between 1890 and 1910. The Whalen farm on which the Whalen House is situated is a Centennial Farm, having been registered in 1992. 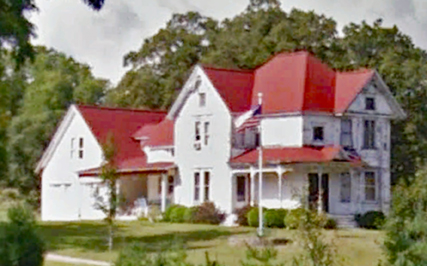